Vernon is guest of honour at high fashion event in MILAN 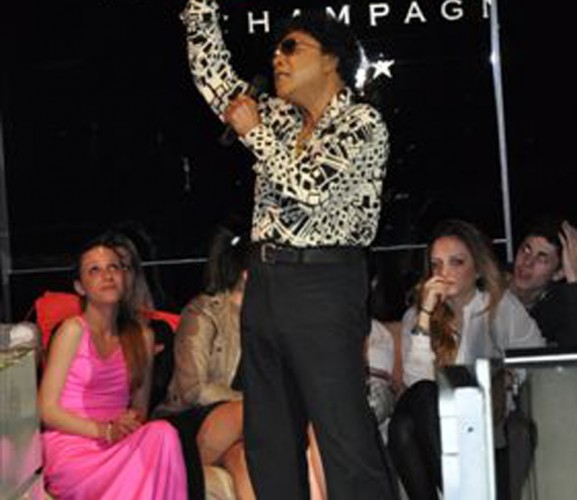 During his recent European tour, Vernon was invited as guest of honour on the occasion of a high fashion model selection at the Noir Discotheque, in Lissone, Milan.  The couturier event attracted a predominantly young and attentive public that enthusiastically welcomed Vernon. During the 4 May highly publicized happening Vernon sang two songs – the catchy “Come what may” and the seductive “Help me make it through the night” —  from his latest album “Stardust”. Television networks, journalists and photographers attended the event with quite a few pros complimenting Vernon, while a sizable number of spectators approached him asking for autographs. Social media like Facebook was showered with photos of the evening. Concurrently, the jovial television conductor Mariella Senna interviewed Vernon who, to her amazement, responded in fluent Italian and elaborated on her questions about his career and predilection of Italian songs. The ten-minute interview was aired on several networks including Lombardia TV, Lodi Crema TV, and Solregina TV, as well as on the sites of the said networks.