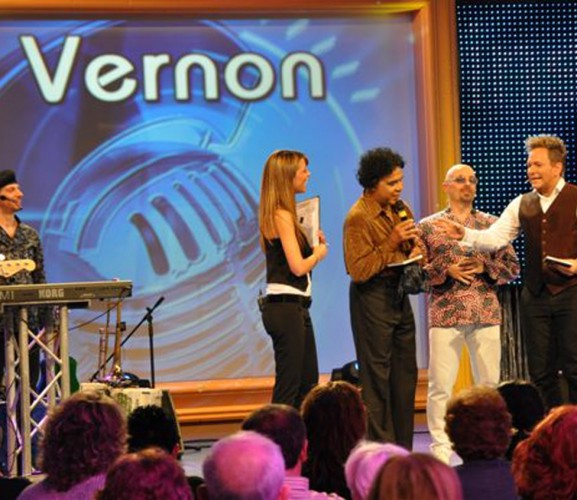 Within hours of his arrival in Europe, Vernon made a special appearance at the Italian television prime time musical program “Musica Insieme”.  Aired by national network 7 Gold the popular program is conducted by Roby di Nunno  and Lara Denora. The same weekend Vernon arrived in Italy 7 Gold secured this international vocalist as special guest. The public responded enthusiastically to his rendition of “Come what may” from his latest album “Stardust” which had been launched on the European market and internet platforms in early April 2013. The public insisted for a second song and Vernon was very happy to sing another evergreen from his cd. Showing an unexpected ability to speak Italian, Vernon told the public that he loves Italian music. In fact his new album (as usual) features a number of Italian songs made famous by Bocelli, Mina and Dalla.