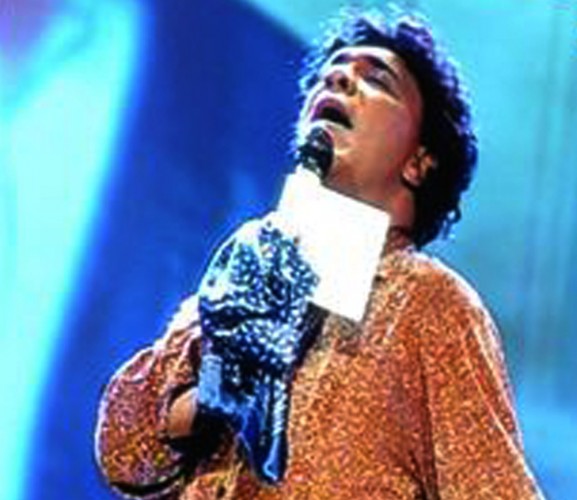 One of the major highlights of Vernon’s European Spring launch of his newest album “Stardust” was his guest appearance on national tv Canale Italia “Cantando & Ballando” (Singing & Dancing) on 15 May. The prime-time, nightly, musical program is extremely popular in Italy, and beyond, and has a solid and loyal following with most of the episodes repeated for several months by other associate tv channels. In fact, the best singers and musicians of Italy perform at “Cantando & Ballando” at Canale Italia’ Studio 12, near Padua, in the Venetian Region. Despite the inclement weather the impressive studio was filled to capacity, one of the main attractions being Vernon. Red carpet treatment was reserved to him in that each of the three segments of the show were concluded by Vernon singing a song from his new album. The first two songs were well received, but enthusiastic roars welcomed the the third one, by popular demand. The unanimous, last minute,  choice  was “Grande, Grande” — a signature song of Italy’s most beloved singer, Mina. Vernon,  who recorded this song both in Italian and English, delivered it in the local version much to the amazement of the public who rewarded him with a standing ovation. The morning after most of Italy was talking about “Grande, Grande” turned “Dolce, Dolce” – a true sensation. Although guest appearances on this program are essentially reserved to Italian artists, Vernon’s continued presence in Italy for quite a few decades and his repertory, which is inclusive of Italian numbers like the top of the charts disco revival of “Come Prima” (“You Forever”), and numbers like “Soleado” (“When a child is born”), “Natali”, “A chi” (“Hurt”) and “E se domani” – to name a few – has given him a well-earned honorary citizenship in the realm of Italian music. The program director and one of the top executives of the network expressed their delight to Vernon and invited him to return on his next visit to Italy.